In 2009 Norman and James entered the Woodvale Challenge – the world's toughest rowing race. It involved rowing a 26 foot ocean rowing boat 3000 miles from La Gomera, in the Canary Islands to Antigua, in the Caribbean.

They were totally self sufficient for the duration of the crossing and became the first British father and son to row across an ocean. At the time James was the youngest man to row an ocean, celebrating his 19th birthday mid ocean.

British Father and Son
to row an ocean

(weight loss of 28lbs per person)

They rowed in support of the charity WaterAid and raised sufficient funds to change 2866 people’s lives by the provision of safe water and sanitation for the rest of their lives. 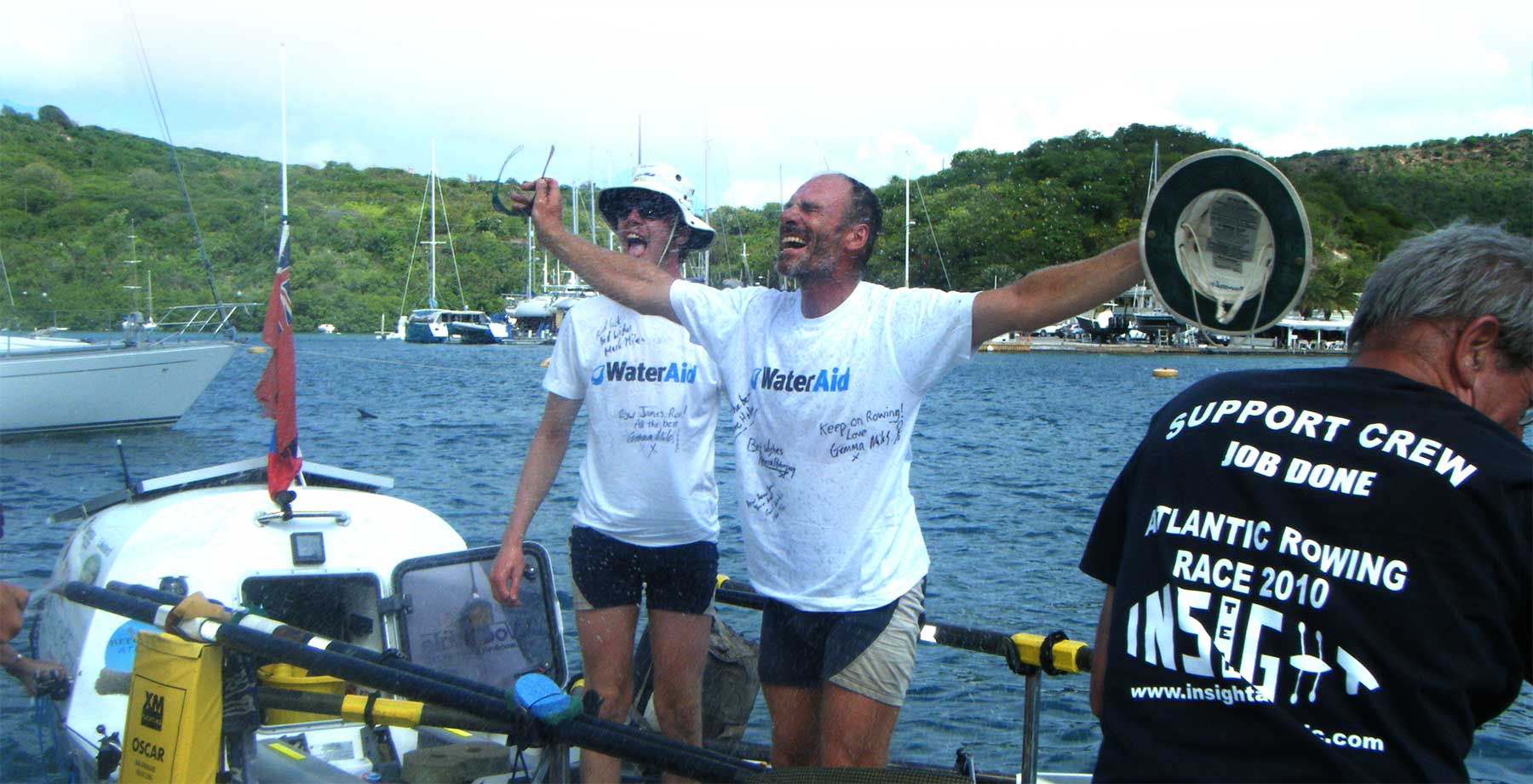 A Dad and A Lad

The memories of their voyage tell the lows of the trip, but also the highs of being followed by whales and dolphins, the fun, humour and of course the close bond of their father and son relationship. Packed with photographs of their time at sea, it is a story of adventure and committment. However, they had a big reason behind their adventure. With Norman's dreams including helping to equip other people and leaving a lasting impact, he decided that he would row the Atlantic with James in aid of WaterAid, a charity which enables the world's poorest people to gain access to safe water, sanitation and hygeine education. The proceeds of their book will go to support WaterAid's work. 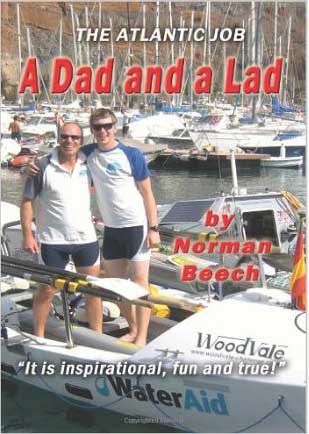