At one stage today, as the boys were going downhill, Norman tucked in behind James – it looked a bit like Cool Runnings. This is a film about the first Jamaican bob sleigh team entered in the Olympics, while Beech Boys are the first tandem entry in Race Around Ireland. 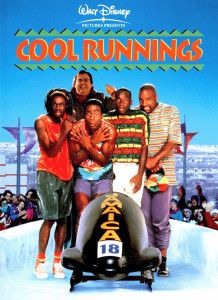 Going downhill very fast, Norman spread out his arms as a wind break – it looked like he was trying to fly! This gave the crew in the follow car a laugh.

Beech Boys were featured on North West Evening News today – catch it on iPlayer before it goes. Scroll to 21:00 just after Bradley Wiggins!

Norman and James have only had one hour’s sleep today, so haven’t been able to keep up the pace of yesterday – although they still did an impressive 190 miles today.

Midges gathered around the team during breakfast and tea today – cutting the meal times short. Apart from this there is good spirit and great support between all the riders.

Pat and Jonathan have noted that all lone females out walking in the South of Ireland are wearing pink, except one! It must be this summer’s colour!

Wifi has been difficult to locate today, so the crew have not been able to email through any photos – hopefully they will come through later.